Nabha Paper Mills Private Limited (NPM) was initially incorporated in April 1980 as Nabha Paper Mills Limited. The incorporation changed to its present status in March 2013. NPM is engaged in the manufacturing of kraft paper and duplex board paper, manufacturing since June 1982. The manufacturing facility of the company is located at Sangrur, Punjab with an installed capacity of 21,600 Tonnes per annum (TPA) as on March 31, 2014 (increased from 18,000 TPA as on March 31, 2013.

Main raw material is waste paper which is procured domestically, and finished goods are sold directly to wholesalers mainly in Punjab, Rajasthan and Gujarat. 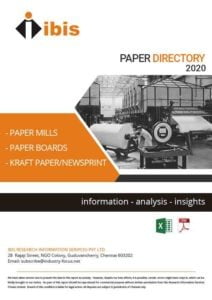